It is very requested to make calculations among tag values. This is a simple example of how to do an addition of two tag values and represent the result on a third tag: 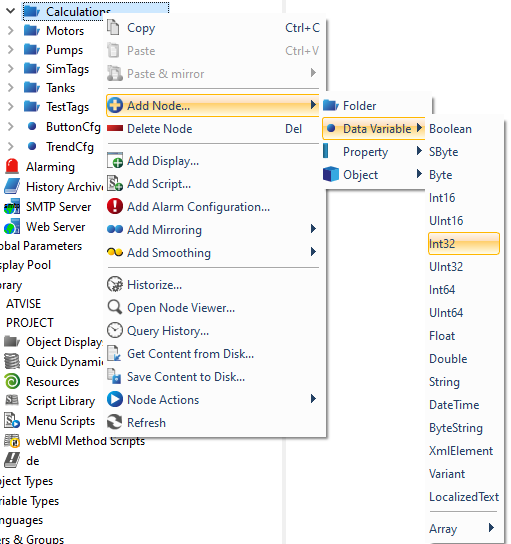 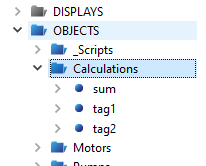 2. Create a script wherever you consider according to your strategies. In general cases, it is recomended to place the script where it can be called easily (Script Library or a folder for Scripts under OBJECTS). But in this example, it is something specific, so it is created under the sum node itself: 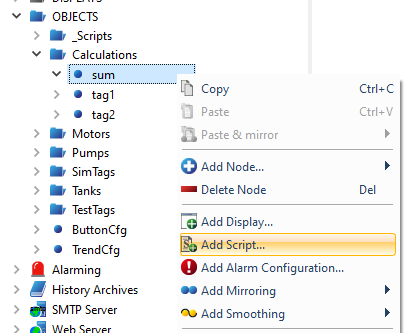 3. In the script editor, create two parameters (tag1 and tag2), Type "node.value", check the Trigger and select the path for tag1 and tag2 nodes:

4. Make the addition and assign the result to the "sum" node value:

5. Save the script and test it by changing the values of tag1 and tag2.

tagsCalculation
(272 Bytes)
Y
Ybone is the author of this solution article.

Did you find it helpful? Yes No

Send feedback
Sorry we couldn't be helpful. Help us improve this article with your feedback.